In collaboration with the Archives départementales du Nord, the association Perspectives, the Générale d’Imaginaire and the Editions de l’Ardente, Histoire de Savoir(s) organised and supervised working groups for ten or so young people from the Faubourg de Béthune neighbourhood. Based on the principles of “popular education”, this program meant to raise awareness among the participants of heritage’s stakes through various artistic forms, as well as bring them concrete knowledges. 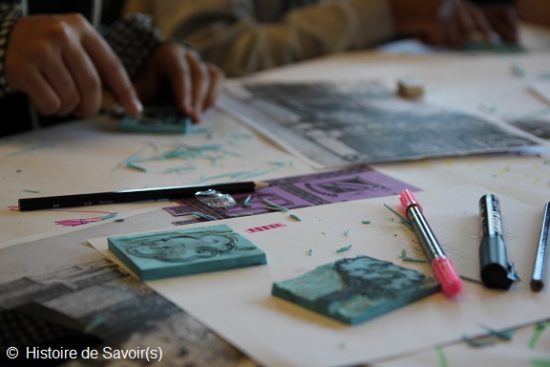 During tours of Lille’s City Centre and of the Faubourg, managed by Sandra from the department “Villes d’Arts et d’Histoire”, the participants could slam with Mwano, dance with the help of Zoranne by being inspired by the history of the place, or even research in the Archives thanks to Janoé, all members of the Générale d’Imaginaire. During the rest of the week, they moved to the Archives of the Nord where they took part in various working groups. 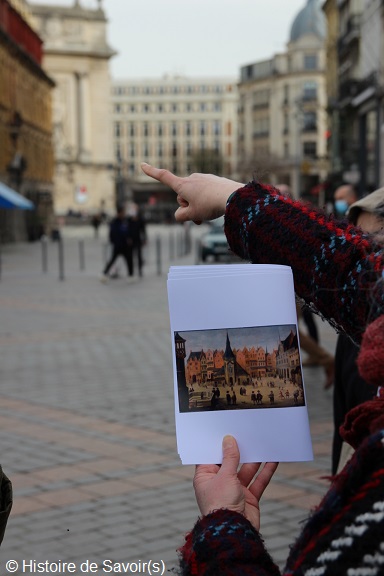 By composing melodies and lyrics with Mwano, by “lino-graving” (technique of engraving that consists to dig lino and then print with it, in the same way as etching for instance) architectural elements inspired by their visits or Archive’s documents with the help of Oriane, Jeanne or François from the Editions de l’Ardente, the participants could successfully complete their project, and then give their feelings and heritage discoveries back as a border strip. 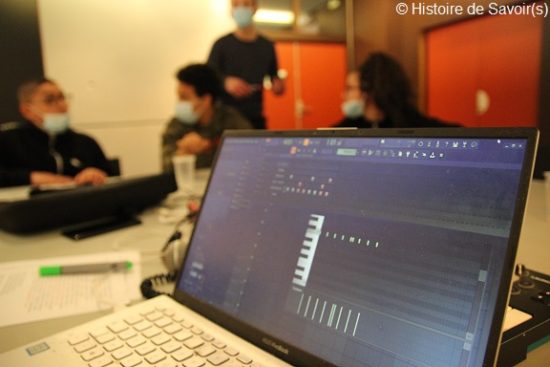 If all of them learnt more about the city’s urbanistic evolutions, from its landscapes to its buildings, they also discovered new ways of expressing themselves through artistic forms, and even developed social and civic skills such as mutual assistance, respect, listening and collaboration on common projects, all of it by spending some good time together. 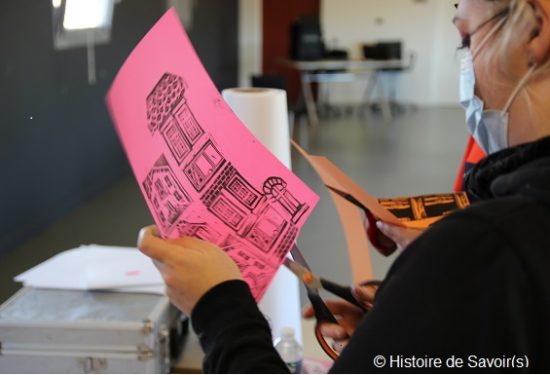 Working groups funded by the Archives départementales du Nord, the DRAC Hauts-de-France as part of the call for proposals “C’est mon patrimoine”, with the support of the ALFPH.